Biography
Sharyn Vinci comes from a long line of musically talented family members. Her father once shared the stage with Dion Warwick in a Senior High School play. During his adult years, he was a member of a barbershop quartet. Her Maternal Grandfather is the late, great “Lazy Bill Huggins,” a national recording artist in the 20’s 30’s and 40’s.  Also to her “family” credit, is her cousin, Stephen O’Remus who is credited for his musical direction and composition on Broadway including but not limited to “Rent,” “Wicked,” “9 to 5,” “Avenue Q,” “Book of Mormons,” “All Shook Up” and “Frozen.” 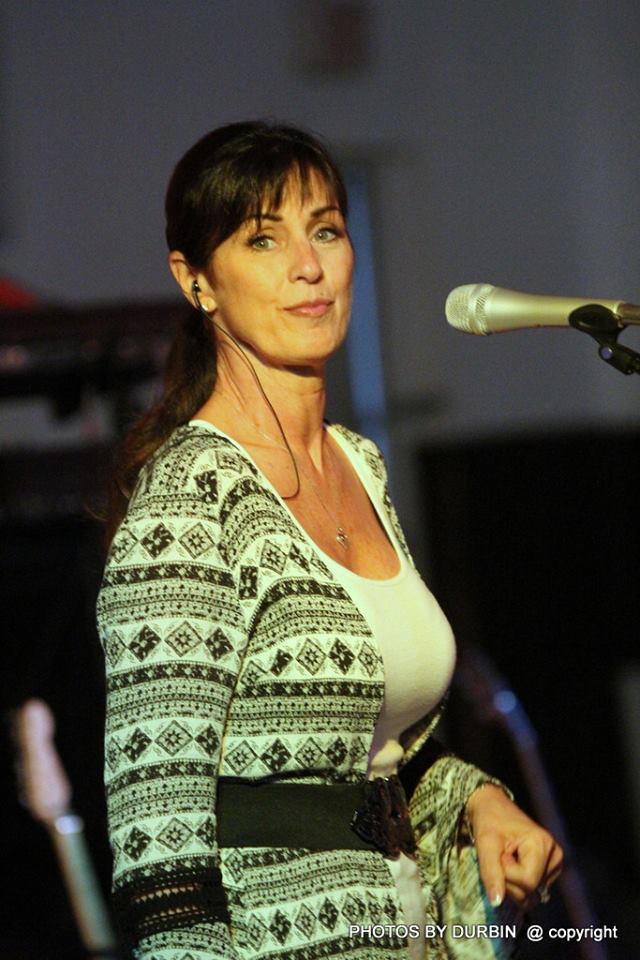 While Sharyn is a composer who writes her own music and lyrics, her regular job is at her hair salon, “Salon da Vinci” where she works full time.  She is a wife and mother of one daughter and also takes care of her own mother who is plagued with dementia. She is a member of the First Free Methodist Church on Saint Clair Avenue in East Liverpool, Ohio, where she serves on the worship team for the Church.Sharyn is currently working on a Country / Blazz CD with Emmy Award-winning Composer and Producer, Rick Witkowski.  “Blazz” she says, is a combination of blues and jazz.  After completing this CD, she will begin working on another CD for her church, which is a compilation of Christian songs she has written over the years. She performs a couple of these original songs at her Church.

According to Sharyn’s parents, she has been singing since before she could speak sentences. She started writing her own songs at the age of ten. The first song she ever wrote is titled “friends,” which she performed on the steps of Wells Jr high in Newell, West Virginia for her classmates.

Sharyn has been in duos or bands for more years than she can count, but found her place 16 years ago as a member of the Pittsburgh, Pennsylvania 80’s cover band, “CC & Company” and is still with them today.

She has worked with many local musicians such as Doug Smith, Brett Hartenbach, Dave Morgan, and Keith Williams, to name ONLY a few and has worked with Kent Cox, Fred Ludovici and the MRM band (Mad river Men) on projects such as, “American Veteran” for the Lincoln Park Preforming Arts Center, which was released in May of 2015 as the theme song for the school’s “Heroes” project. You can find it on cdbaby.com.  Sharyn, a CO-writer on the song, recorded it at the Henry Mancini Arts Academy recording studio, which is a part of Lincoln Park, along with writer, Kent Cox, as well as Fred Ludovici, John Ash and Steve Poole and Dave Calhoon.

Sharyn also wrote a musical score titled “Agent Orange” for the Lincoln Park Performing Arts Center Heroes Project Play, which debuted in April of 2016. She has also written the theme song for the East Liverpool’s Got Talent Community Choir titled “Together We Can Do Amazing Things.”

Sharyn will be performing songs from her upcoming CD on Saturday, August 27th around 9:00pm during the 3rd Annual East Liverpool’s Got Talent 2016 Music & Arts Appreciation Festival to be held in Thompson Park of East Liverpool, Ohio. Her accompaniment is made up of members of other bands that include Mark Fuller (her nephew), John Vinci (her brother), Jim Hallisey of Plan B, Keith Williams of US3 and Steve Poole of MRM.