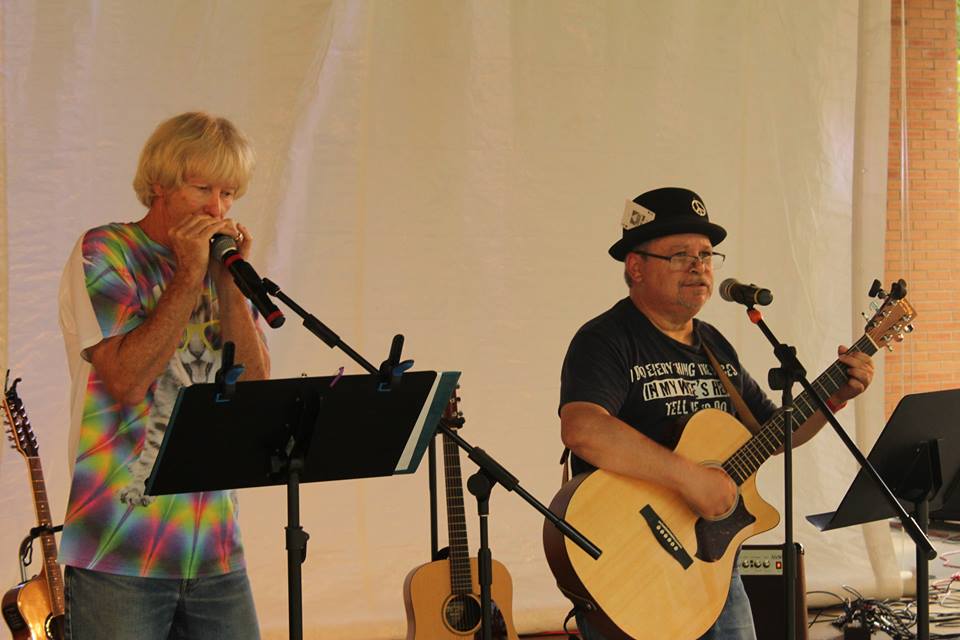 I’m an old Hippie as is Cat Man. I grew up where the new highway (old to you) second street, Center Lane, the side of third street that is gone. I was a rebel mostly called hippie by most of ELHS. Chest Hour by friends I had a steady gig playing on Bob Grays old WOHI Sunday night live talent show. I was the least talented of the class of #### which included, Dave Morgan, Doug Smith, Fohn Celli, and Keith Williams, being the worst of that lot ain’t bad. Worked my way throgh college playing that demon R&R. LOL!. Went on to hide behind a little tin star ever since. Promised my wife I would give up music if she would marry me.

Fast forward thirty years and I was in a bad mountain bike crash, breaking both arms. The doctors told me on my third visit back to the hospital that I would never use my left arm again and would have limited use of the right arm. Then I met an Angel! A Certfied Hand Therapist who promised if I work hard enough, I could prove them wrong. After a few weeks she asked if I had ever done anything with my arms. I told her I use to play guitar and that became a steady part of my therapy.

Eight weeks later I was back in the field and on my first raid. A few weeks later my wife bought me a new Les Paul for my birthday. I said you know what this means? She said yes, and Cat Man and I have been playing some of the best songs the past generation or two have missed. Think John Prine, Old Crow Medicine Show, and Del Mc Crory acoustic at it’s best, we’ll passable. LOL!