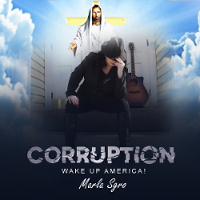 Marla Sgro writes songs for streaming or commercial purposes. She has 20 years of experience doing studio recording for commercial jingles and national spots. She also records the music she writes.

Marla’s father was an Italian immigrant from the Province of Calabria in a small town called Pianopoli, Italy. Her mother is Irish and French. Her father came to Ellis Island around the year 1931 then moved to Ohio. The Sgro family lived thru the great depression in Wellsville, Ohio and they all played music. Marla’s father was an accordion player and her uncles became world famous harmonica players in the 1950s and have performed for people such as George W. Bush in 2005, Catskill Mountains at the Villa Rosa, and all over.

Marla’s music is currently on www.audiosparx.com where is licensed for commercial use. Marla is available for hire and she likes to do studio work for commercials, opening for national acts or back up. Music is a job to Marla, however it’s her calling in life. She does not perform in hot outdoor gigs with hot temperatures due to health limitations and she is hoping to find a booking agent.

Marla studied music all of her life during school and went on to college for classical singing for a short time. She loved it, but moved on to be with her rock-n-roll friends, learned how to play guitar and went on to open up for Sir Elton John, John Cougar Mellancamp and Rod Stewart. In 2001, Marla sang with the 70s band, Wild Cherry (“Play That Funky Music”). Marla also sang for the Pittsburgh Pirates in 2000 on two occasions.

Marla’s specialties are the blues, rock, pop, gospel, folk, alternative rock, and love standards and she writes these types of songs as well. She has sung in commercials for the Ohio Valley for 20 years and performed a theme song for Nickolodeon TV once. She has worked with Emmy Award Winning Composer and Producer of Studio L, Rick Witkowski for 25 years. Rick is the producer of her album. “Pocket Full of Nails” which was a huge hit years ago.

Marla recently released her new single CD Titled, “Corruption” which is a female ROCK song with a modern feel. It confronts controversial types of corruption in AMERICA today and is very BOLD and has a very 70s rock feel mixed with modern rock. It s the perfect timing for a song like this to be released! Especially because of the issues we face today, such as the Lord’s Prayer being taken out of our schools, not to mention the Presidential election coming up and the fact that Memorial Day is just days away. Downloads of the song are only 99 cents and you can access downloads through Marla’s NEW official Website or by using the download links below.  More of Marla’s great songs will be added to her Website in the near future, so keep checking.

Please Note: If downloading from CdBaby, please make sure your phone supports zip files. Otherwise, use the links below to download from the store that supports your phone for downloading MP3s.