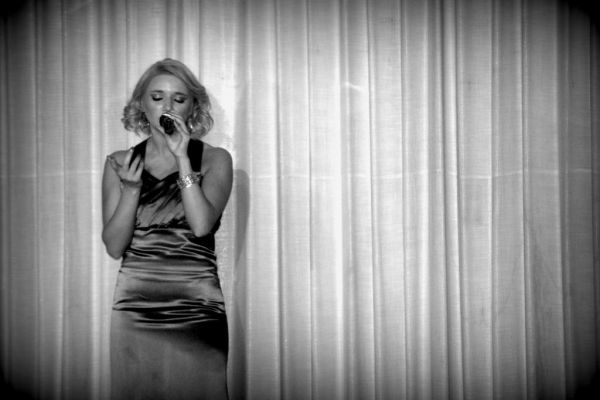 Biography
Ari Banks is a twenty-four year old singer-songwriter from “Home of the World’s Largest Teapot”, Chester, West Virginia. Her strong, soulful voice mixed with old-school jazz and modern pop elements is a sound you’re unlikely to forget.
“She’s definitely got some pipes. You can always expect something fresh and different when she’s coming into the studio.” –Jamie Peck (owner/producer of Jamie Peck studio)

Ari Banks is currently working on a new project. The song is titled “Euphoric State of Mind”. The song is about imagining the world in peace, free of society’s rules, and learning to just be you. The release of the song is to be determined but will feature artist Elias, from Morgantown, West Virginia. Recently, Ari has also released a new music video for her song “Locked Down”. The music video takes you back to the 1950’s where the women were expected to be the primary caregivers in the home. The situation goes bad from the start when the husband strikes his wife and she battles back to become the strong, independent women she once was. Ari Banks filmed this video in support of the “NO MORE” campaign against domestic violence and sexual assault.

Ari Banks began her career performing at the Italian Festival in Wellsville, Ohio. She held a Single Release Party for two singles “Clear to My Heart”, a sultry, R&B groove, and “I’m Gone”, a sassy, upbeat breakup song.

“…I know I’m not one to judge but you picked up a rock and threw the diamond in the rough…” –lyric from “I’m Gone”.

Winner of the 2014 Pottery Idol contest, Ari performed Whitney Houston’s “I Wanna Dance with somebody”. Ari Banks performed at the Weirton Event Center opening for the Davisson Brothers Band, as well as the New Cumberland Fall Festival which featured local talent.

Ari continues to work with other artists’ to assist with songwriting and/or melody development. She is currently working on releasing more music videos, as well as anticipating the debut of the new project. To stay updated with Ari connect with her on Facebook, twitter, and Instagram.