The following story was submitted by James Hill on November 21, 2013.

Bill owned Musicland on the Diamond in the 60’s and 70’s. When I was about thirteen I became afflicted with the “Guitar Bug” the bug moved rapidly around our town and before long there was a hardcore group of young hippies jamming with each other daily. Punishing their Teisco , Silvertone, and Harmony axes. Most were pawnshop finds or hand me downs. They always needed repaired, setup, strings, something. Now I grew up in a slowly dieing mill town and money was always tight.

There were three guitar (music stores) in town, one high end snobby don’t touch anything, where are your parents shop. Another that was also an appliance store, car lot and everything else place, where everyone was musically clueless. Then there was Brownie’s it was like a Mecca for us budding Hendrix and Clapton wannabes. Brownie let us play anything in the place, set up our guitars for free, jammed with us, what he was really doing was giving us free lessons, but we were too young and dumb to know. When you didn’t have money for a new E string a common occurrence the way we bent them, he fronted it to you gratis. He kept a huge box of the old Black Diamond strings around for us. When he gigged and saw one of us in the audience he always made an excuse that he had to be at a meeting and could any of us sit in for the rest of the gig and he would pay us for the gig, a lot of us got our first paying gigs this way. I last saw him on Christmas Break from college jamming with his little country quartet with a half dozen young kids hanging around, I knew they would be playing guitar by next Christmas. I lost track of Brownie after that, but he was a real Guitar Hero. 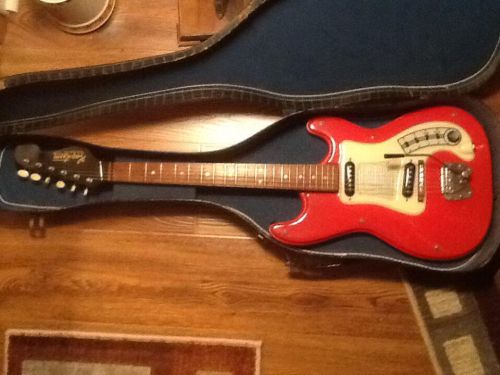 A friend recently found Brownie’s Guitar A Hagstom 1, easily identified by where the red lucite and white bled together making the guitar hard to sell as they were a very expensive instrument. brownie kept it for himself. After much pleading and begging my buddy sold it to me. Here is a real piece of East Liverpool History.

The stock tag on Brownie’s Hagstrom 1 case in his own handwriting it reads Red-Hagstrom 2.
Bill also owned a carpet store in Weirton in the 80’s where Simon’s used to be. We are looking for more information on Bill that can be included here. If you have any information you can contribute, including photos or stories, please email them to Amy Hissom-Daugherty.
Amy Hissom 2017-02-14T16:31:36+00:00