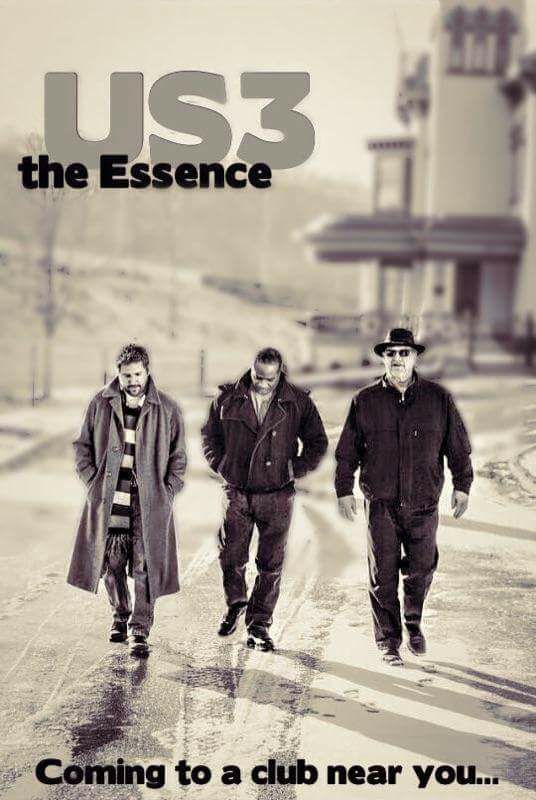 See below for a list of upcoming show performances!

The Essence of Three

US3 started out as a three piece project put together just for the fun of playing music with friends. Ty Seitz and John Speziale contacted Keith Williams to see if he would be interested in getting together occasionally at his house to play fun tunes. Keith’s main source of musical expresion at this point was doing dinner gigs, playing guitar, piano, and singing to pre recorded backing tracks for dinner music throught the mid-Ohio and Pennsylvania area. Playing along with a machine is one thing, but playing live with other musicians is something totally different, so he said yes.

This went on for some time, when Ty was lucky enough to get a good job he had applied for. The downside of that was he could no longer commit to the project. Keith had worked with a brilliant bassist several years ago that he knew wasn’t playing with anyone. That’s how they brought Kimbo Matthews aboard. Just like a fairy tale, they lived happily ever after.

The songs they played, everyone in the band enjoyed playing. John was able to keep his chops up, and even improve on them. Kimbo, who had not really played for quite some time, was able to revive his playing skills, as well as use his excellent singing voice. He worked hard to get himself back into shape, and did so before long. Keith was now able to switch from guitar to keyboards depending on what the songs required, and that made him happy too! There’s nothing like working with top shelf musicians to make yourself a better player!
After a while, they decided it would be a good idea to possibly play out once in a while. Of course, to play in public, the band has to have a name. Bands will tell you, one of the hardest things to do is to find a name that fits the personality of the band. Kimbo came up with US3, just a three letter/number combination that sums up the feeling of this band. US3. The essence of three. Everyone agreed this was the name to go with. Their first gig was a success with a lot of positive feedback from the crowd.

Genre: The song list for US3 consists of material from almost every popular genre going today. From Sly and the Family Stone to Lionel Ritchie to Daft Punk to Tom Petty to Bob Seger. Rock, pop, jazz, fast songs, slow songs, and some in between. It’s a versitily that separates them from most bands you’ll see here and from out of the area. They play all of the instruments and they sing all the songs live. Nothing pre-recorded or sequenced. Check them out when you can, and you’ll see! Sit back and enjoy, or get up and move around, it’ll be fun either way.